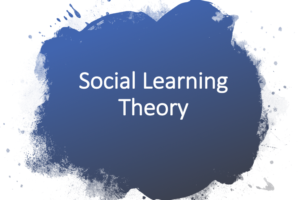 Watch the recording above 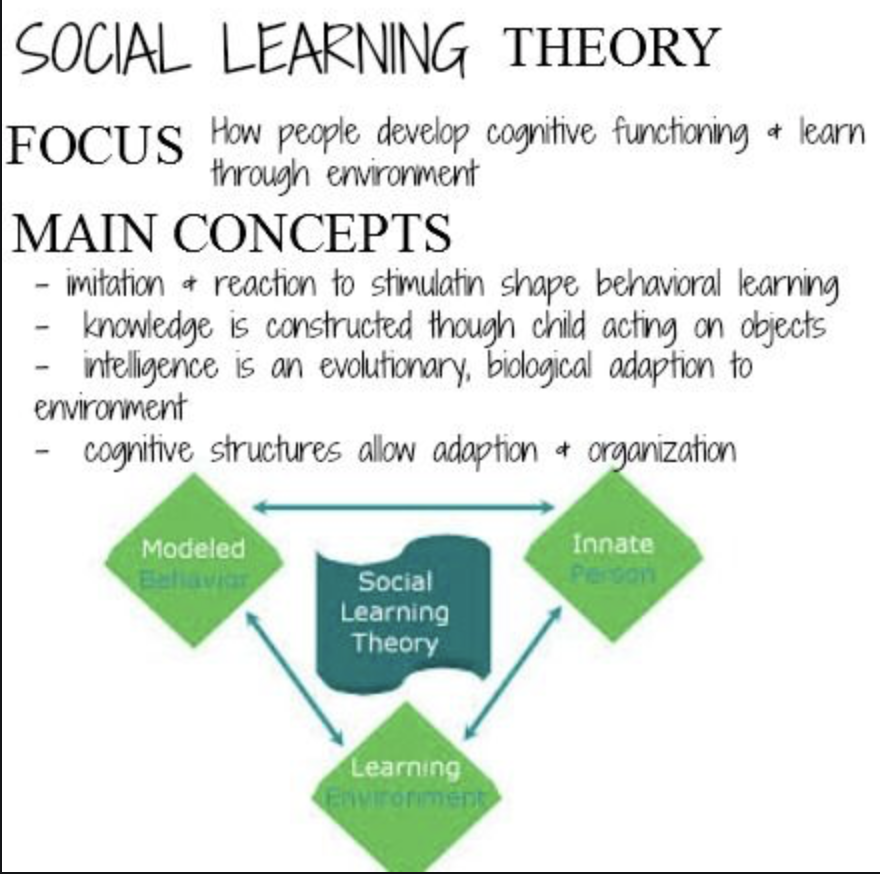 Check out this short video about Bandura, learning and the BOBO doll. 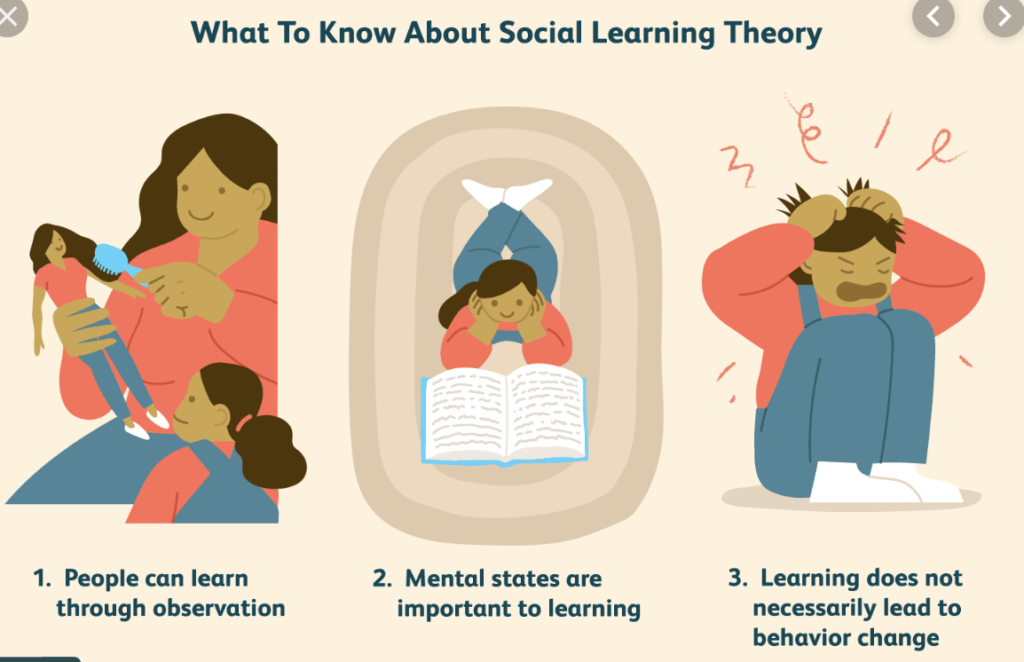 Social Learning Theory, theorized by Albert Bandura, posits that people learn from one another, via observation, imitation, and modeling. The theory has often been called a bridge between behaviorist and cognitive learning theories because it encompasses attention, memory, and motivation.

The world and a person’s behavior cause each other.

Bandura, who was studying adolescent aggression, found this too simplistic, and so in addition he suggested that behavior causes environment as well. 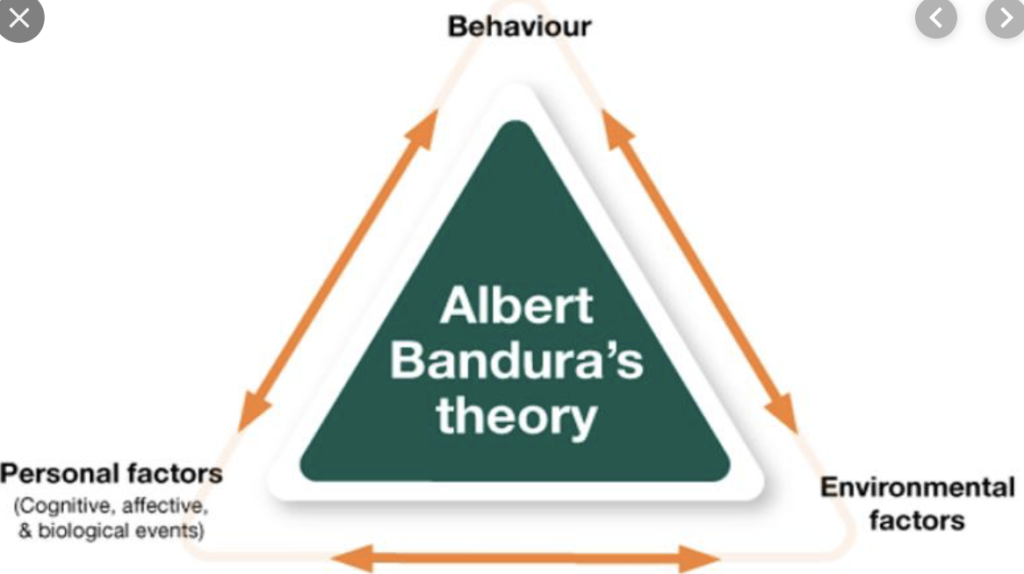